Frederick George Ruhland was appointed to succeed Chief AJ Rampe in 1928 as Chief of the Kentfield Fire District. Chief Ruhland was the second in the successive line of Kentfield fire chiefs. He and his older brother, Charles, had been volunteer firemen almost since the inception of Fire District. His father also served for a time as a Fire Commissioner.

Chief Ruhland was a well-known and respected “garage man” and was known as “Fritz” to his friends. He and his brother owned and operated a local repair garage. Automobiles were relative newcomers on the scene and were becoming more commonplace. Ruhland accepted the chief’s job, more or less as a part time position with full time responsibilities. All positions in the department were “volunteer”, including that of fire chief. Reporting on Ruhland’s promotion in 1928 the Marin Herald stated the Kentfield volunteer force consisted of fifty members.

Later that year Chief Ruhland recommended that the Fire District Commissioners consider the purchase of a motorized fire apparatus to augment a hose cart that was obtained from Fairfax FD the previous year and the Ford Model T, previously purchased from the Larkspur Volunteer Fire Department in 1922.

At their May 1928 meeting, “after careful consideration”, the Commission approved the purchase of a 500 GPM American La France pumping engine, with hose and accessories, for a total cost of $9917.80. As noted in the District archives; Delivery was expected in approximately sixty days. This decision and action by the Commission was met with keen approval by all those present. Several months later the Board received a letter from the Kentfield Chamber of Commerce commending this purchase.

Chief Ruhland quickly developed a good reputation with other local fire chiefs and initiated the formation of an organization of fire agencies dubbed the Marin County Association of Fire Departments. The initial three member agencies were Kentfield, San Anselmo and California Park. Corte Madera, Mill Valley, Larkspur and Novato joined soon after, followed by most other Marin fire service agencies. This Association developed mutual aid agreements, a novel approach for the time. This organization later evolved into the Marin County Fire Chiefs Association that continues to thrive today.

In 1933 Chief Fred Ruhland was appointed as the first paid fire chief of the District. He had served as the volunteer fire chief since 1928. Additional paid firemen were not hired until 1943. He reportedly ran “a tight ship” as Guido Mariani recalled. The volunteers received weekly training drills every Tuesday evening. Chief Ruhland demanded the men maintain the equipment in good order and would levy a fine of five-cents to the man who carelessly dropped a brass hose coupling on the ground.

The 1940’s presented numerous challenges for Chief Ruhland and the growing Fire District. With WWII looming and civil defense a priority Chief Ruhland leapt into action. He quickly converted two older Chevrolet pickup trucks as auxiliary squads. These units were stationed on opposite ends of town and were meant to quickly respond to enemy incendiary attacks. He then used his extensive mechanical skills to overhaul an older fire apparatus, again for auxiliary use during the War Years. Chief Ruhland was also able to convince the Board of Fire Commissioners to purchase a new International fire engine with a 500 gallon per minute pump from FABCO Manufacturing in Oakland. Unfortunately, the International chassis had recently been assigned to the War Department for military use but Chief Ruhland was able to successfully argue that it was needed for local civil defense. He received the required exemption and the new fire engine.

In 1940 Chief Ruhland oversaw the construction of a new dormitory located behind the fire station. This building, with room for eight firemen, was intended for use by volunteers. Although not documented, this move may have been a precursor to the “sleeper firefighter program” that was to follow in the next decade. Just a few years later, in 1943, and due to the continued war threat, the District hired two fulltime paid firemen. Many of the men that made up the ranks of volunteer firemen enlisted or were inducted “for the duration”. The Fire District needed a trained and reliable emergency response. The addition of paid firemen guaranteed an adequate response to incidents in a timely matter.

The 1950’s brought a population and building boom to Marin. The bedroom communities of Greenbrae and Kent Woodlands grew at unprecedented rates. Chief Ruhland oversaw the addition of water mains and fire hydrants necessary to protect the growing community. As the District grew so did the need for additional equipment and manpower. Volunteer fire fighters were effectively recruited and trained. These men augmented Chief Ruhland and his small staff of five paid firemen.

On July 31, 1957 Chief Ruhland retied after almost 35 years of service to the Kentfield Fire District and community. He and his wife then moved to Healdsburg in Sonoma County. The Chief passed away in 1961, reportedly from heart disease.

Respectfully submitted by Paul D Smith
January 20, 2021
Click an image to enlarge it 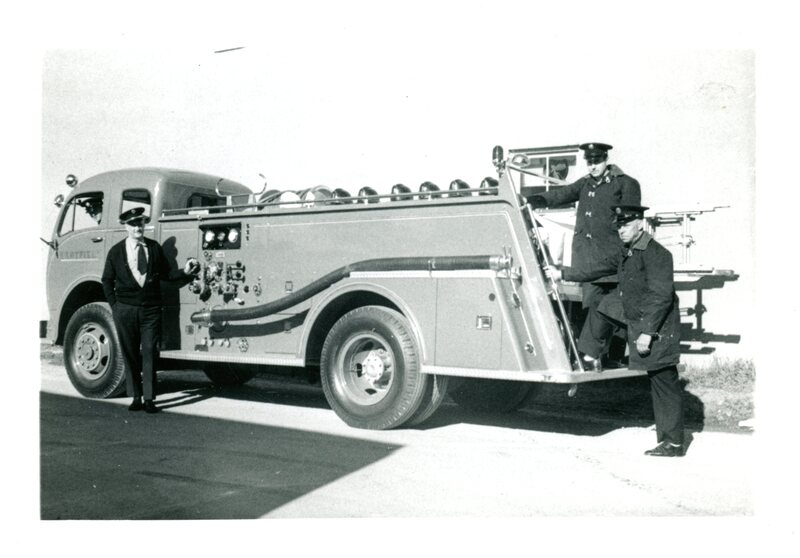 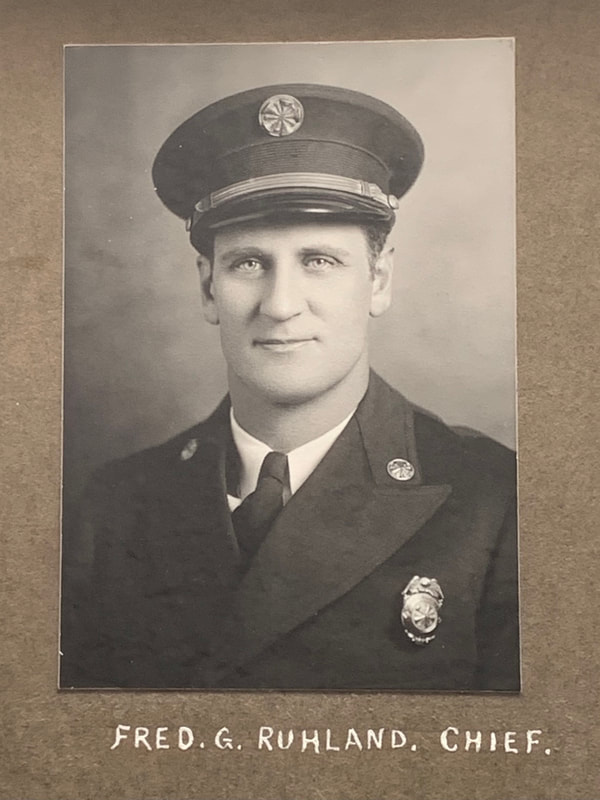 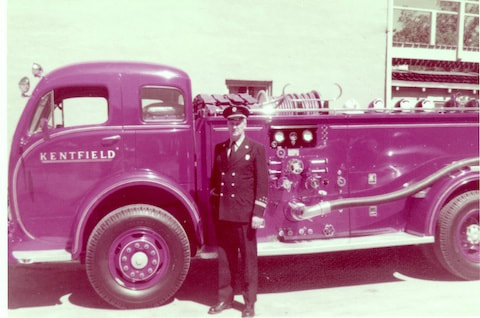 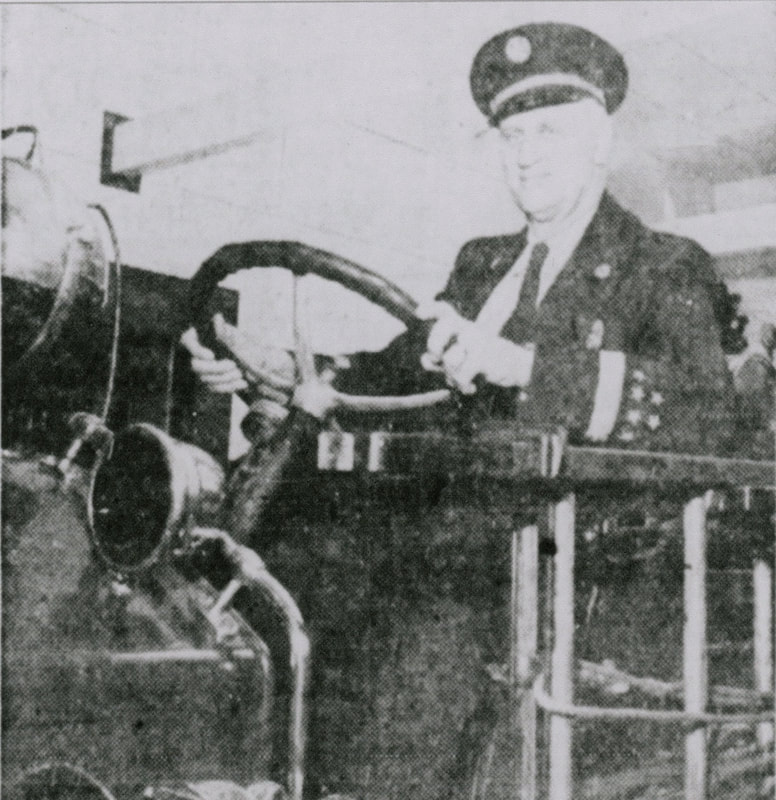