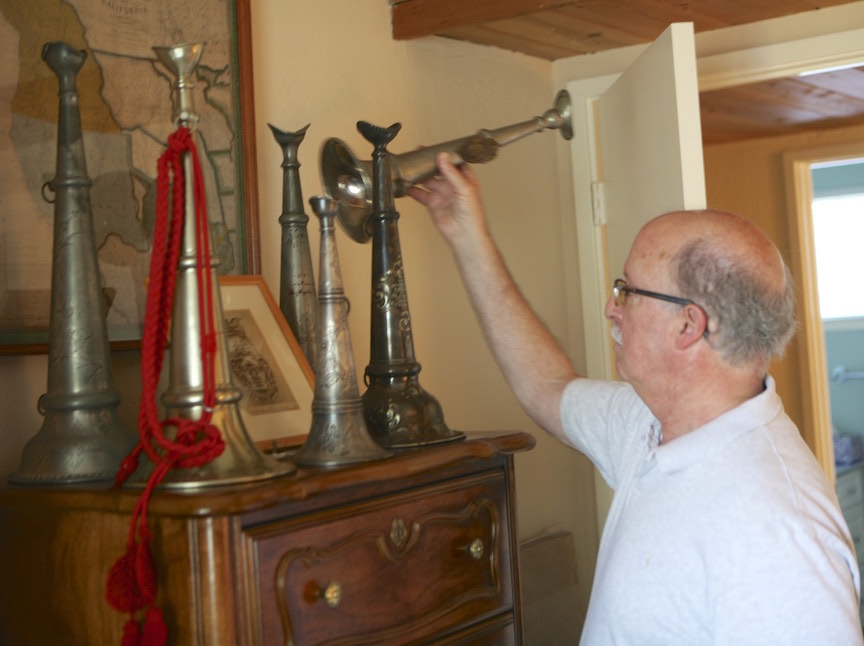 Dr. Stephen Mizroch of San Rafael and member of the Marin Fire History group, shown with his collection of fire chief speaking trumpets.

Welcome to the new world of computer dispatching 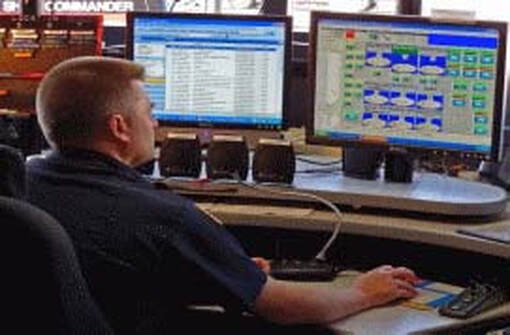 ​In this month's essay, we will be discussing the history that brought us the remarkable innovation called Computer Aided Dispatch (CAD). Many of us retired from the fire service before CAD had made its way into the fire stations, placed on the apparatus, and installed into our dispatch centers. 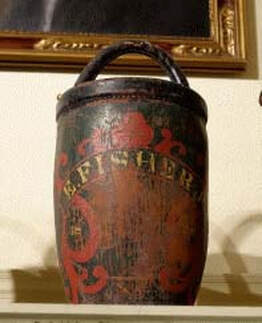 In Colonial times the town crier made his rounds telling the folks all was well. If there was a fire, the church bell would be sounded and the entire settlement was required to respond.
The 3-gallon leather buckets sat silently on the front step of all homes, waiting to respond to the emergency as the citizens hurried to the fire.
As we entered the industrial age, Samuel Morse’s communications method of dots and dashes allowed the world to send messages across great distances. The S-O-S became recognized as the worldwide distress signal, decades before 9-1-1. Alexander Graham Bell, whose first telephone call only went 20 feet was developed into the copper wired communications system carrying the human voice for the first time.

The Gamewell Company was responsible for developing the fire alarm box system in America. Again, this system relied on a system of wires and switches to relay the alarm from the street box to the fire station. Remember, at that time telephones in residences were not commonplace but many cities installed these familiar red fire alarm boxes throughout their jurisdiction. These innovations made fire response and fire attack quicker. Still, many times incident commanders did not know the fire conditions until they arrived on the scene. 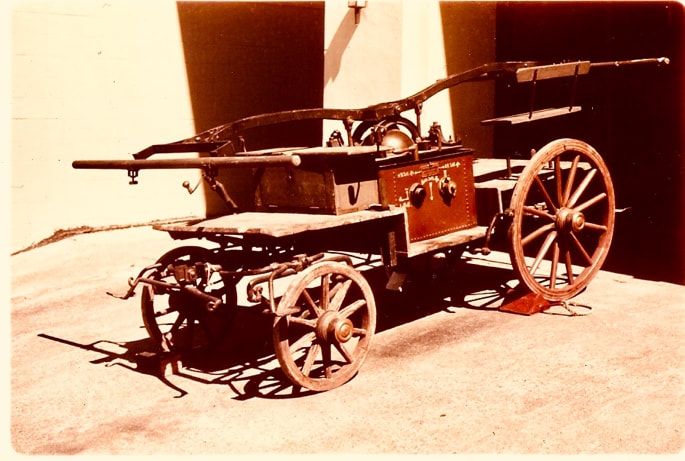 Down through the ages firefighting apparatus has advanced; from the three-gallon leather bucket, the hose cart, horse drawn chemical and steam engines to the motorized apparatus commonplace today. Despite these advancements the one thing still missing was tactical information that the incident commander needed to form an effective strategy to bring the emergency under control. As our community’s population began to expand, so would the number of calls and the amount of information our dispatchers were required to handle. Status of all apparatus, time out of the station, time of arrival, and condition upon arrival were just some of the important details recorded and the list goes on. By the 1980’s it was becoming evident that the workloads were overwhelming the nation’s emergency call centers. Dispatchers were using file cards and paper log sheets as standard operating procedures. The data information back-up system was an audio recording on a reel-to-reel tape machine; something better had to be developed. The growth of the computer and silicon chip technology was being rapidly advanced. But before we look at today’s CAD system, let wander down through our history and the innovation that allowed this system to come to maturity. 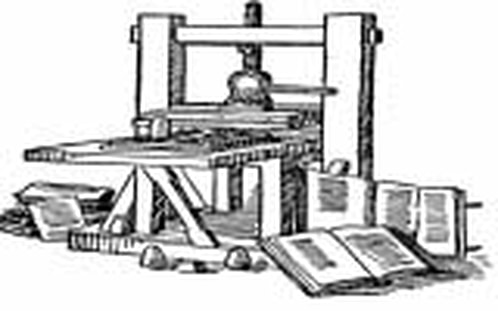 1454 AD
The Book That Changed the World

The printing press has been called the greatest invention of the second millennium (1000 to 2000). Before Gutenberg, woodcut printing each page and each book had to be copied by hand in a long, labor-intensive process. Paper had been around for thousands of years but now printed books found their way into society. This was a significant step in the development of human communication 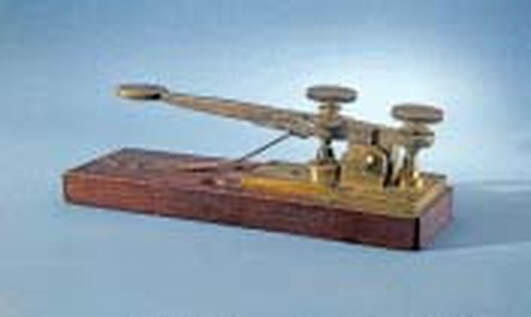 1838 AD
Samuel Morse and the Telegraph
The word telegraph is derived from the Greek word tele, meaning (distant) and graphein, meaning (to write). Before the telegraph, communications in America from the East to the rapidly expanding western frontier initially consisted of letters placed in the saddlebags of the Pony Express rider, a ten days journey from Missouri to San Francisco.

On January 11, 1838, the telegraph was invented. The government was so impressed with this new system they arranged to lay 35 miles of copper cable from Washington to Baltimore. This invention would become America’s first instantaneous communication system.​ 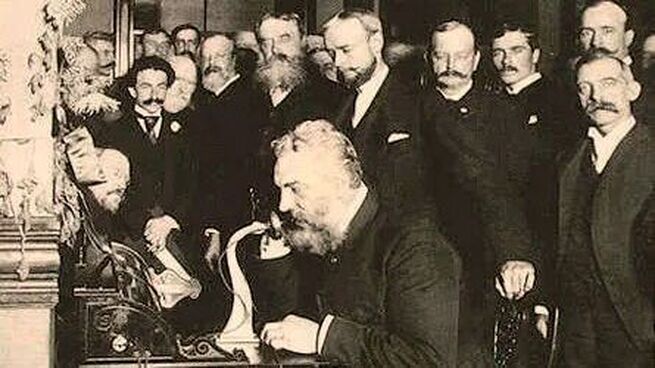 In 1848, Mr. Bell would speak the world's first voice transmission over a copper wire into another room, "Mr. Watson come here, I need you". His invention has evolved from two copper wires on wooden poles to cellular communication towers all around the world. I remember having a student in one of my classes and he was an engineer who worked for Ma Bell. I asked him what a recent company meeting was about and his reply meant nothing to me at the time. He stated that they had a conference call regarding a new concept on how the future phone system may be developed. He noted that the idea was to place towers around the country and transmit phone calls without wires. The rest is history! 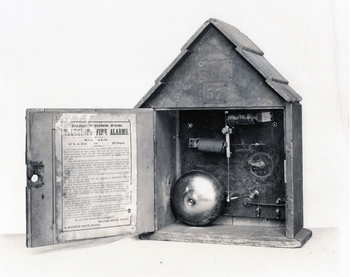 Dr. William. F. Channing and Moses G. Farmer of Boston invented this system. John Gamewell of South Carolina, who brought the patent rights after the Civil War, knew how to sell this system to the American cities. By 1910 Gamewell had a 95% market share.

On April 29, 1852 at 8:52, Box 1212, on the corner of Cooper and Endicott Streets, the Boston Fire Department received the first electric fire alarm. This would be the first time the firemen knew what type of emergency to which they were responding by electronic means. These boxes were located single-family neighborhoods as well as industrial zones. The worst-case alarm might have been a master box from a school or hospital.
​ 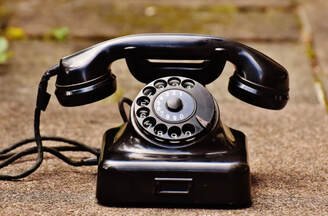 Twentieth Century Technology
The Red Phone
Before 9-1-1 was universally implemented every Marin County fire department had its own seven digit emergency phone number. Most departments would offer an emergency phone number stickers that were affixed in the phone's cradle. This phone number was specific and unique to each agency in Marin County. When this red line phone rang in the fire station the person reporting the emergency had to give the location and type of incident to the on-duty firemen. 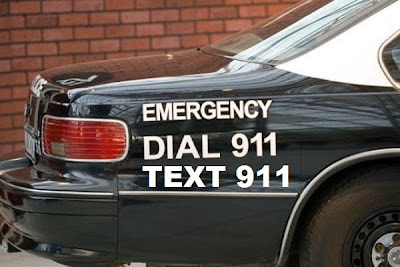 In 1957 the International Association of Fire Chiefs recommended using a single number for fire reporting. Ten years after this proposal, the FCC met with AT&T to consider developing this system. It just so happens the combination of numbers, 9-1-1, were not being used by any phone prefix or area code in America. It was decided we would have a national number that all citizens could use to summons help. One of the requirements of this new system was that all homes with a telephone also required a street address. Street addresses were not necessarily commonplace in all communities. In Marin County, the town of Ross was an example of this anomaly. 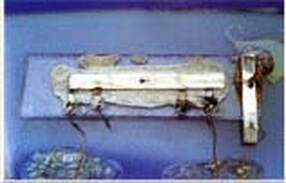 1958
Robert Kilby and the Chip
​
An electrical engineer by the name of Robert Kilby went to work for the Texas Instruments Company. The plant would shut down for a two week period every year; almost everyone went on vacation during this period, except for Mr. Kilby. As a new employee, Kilby did not have enough time on the job to earn these two weeks off, so he sat in the office with no other colleagues. He had this idea spinning around in his head on how to send information more efficiently. At the end of those two weeks he had invented what would be known as the “chip”. By today’s standards it would have been an ugly duckling but 40 years later he was awarded the Noble Prize for his invention. 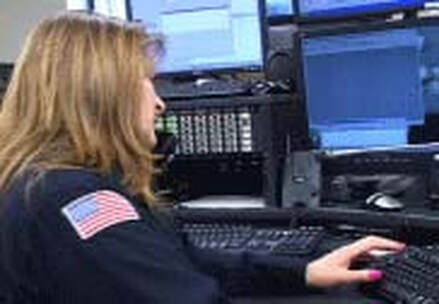 Run Books
In the late 1950’s Marin County was experiencing a rapid growth in the development of new homes, apartment buildings and commercial properties. We could no longer depend on our memories to know all the information that was required such as street addresses, hydrant locations and hazards. Members of the fire service agencies utilized the County Assessor’s Parcel Books and a lot of field work developed printed run books in three ring binders. We now had the incident address, the surrounding structures and the location of the closest fire hydrant all on one page of a run book. Two Larkspur firemen developed our first run book, they were Gary Duignan, later chief of Forestville, and John Haldeman now a retired San Francisco fireman.

What is Computer Aided Dispatching System?
It is a system that is utilized by emergency dispatcher centers across the nation. The system recommends to call takers and 911 operators the type, priority and location of the emergency. CAD will identify the status and location of responders in the field then effectively dispatch appropriate emergency resources. Emergency responders in the field can receive messages initiated by CAD systems via their mobile data terminals, radios and cell phones. CAD system may also interface with a geographic information system and emergency vehicle location database. A unified CAD system interface with multiple agencies and/or computer systems that serve law enforcement, fire and EMS. This provides unparalleled communication across multiple agencies and jurisdictions. 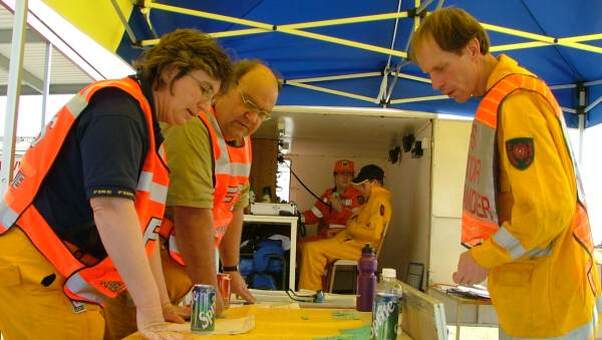 CAD at Work
Marin County Dispatching in the 21th Century

National standards have required us to accelerate our dispatch capabilities. This current CAD system facilitates fire ground communication by allowing the dispatcher and the Incident Commander to communicate data seamlessly. Today’s incident commanders and fire officers have an amazing amount of emergency response data layered within the system. If you were to visit the Marin County emergency operations center today you would be amazed at the technology and coordination in place compared to only a decade ago. 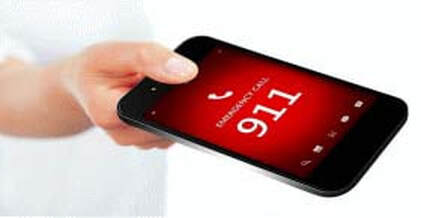 Tools in the Incident Commander’s Toolbox

Global Positioning Systems (GPS). Both the dispatcher and the engine companies in the field know the location of all apparatus and can assign the closest engine to the emergency. City limits lines do not take precedent. GPS is accurate within 10 feet.

Infrared (IR) technology allows visual imaging in smoke-filled situations. This system was initially developed by the military, as was GPS.

Some of the information that is available to the engine company with the touch of a keystroke through CAD:
Hydrant location along with flow capacity
Building location and the surrounding structures
Building sprinkler system and the location of the FDC
Type of occupancy such assembly, school or church
Hazardous materials or special hazards in the building
Wildland typography, fire roads and access points
Current and predicted weather conditions


Let's work through an incident. The 911 caller.
A woman awoke to her dog barking. Disoriented from being in a deep sleep, she did not comprehend that her dogs were barking at a fire which had started downstairs in her living room. After gaining her composure she discovered she was unable to go down stairs because of smoke moving up the stairs. Retreating back to her room, she dialed 9-1-1 and was connected to the dispatch center but before she was able to relay any information other than the fact she had a fire, she was forced onto the balcony adjoining her bedroom. Despite the lack of detailed information, the dispatch center was able to identify her phone number, match that to an address, determine which fire units were available and were closest to her address and then alert those units of the emergency. Fire department technology has accomplished this task in seconds a process that would have taken several minutes 20 years ago. This technology has reduced the response time of the fire department, time that meant survival for the woman.