San Anselmo Fire Department Captain Robert A. "Bert" Meagor died while fighting a brush fire in Sleepy Hollow in  June of 1936. He disappeared into what was described as a "...thick wall of smoke..." while stretching a hose line and was later found burned to death. He was the Great-Uncle of now retired Ross Valley Fire Chief Roger Meagor. There is a memorial bench and plaque honoring Bert in front of the Ross Valley FD station on Butterfield Road. More information to follow. 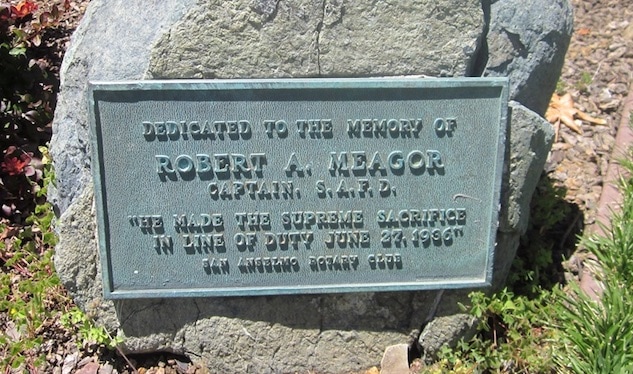