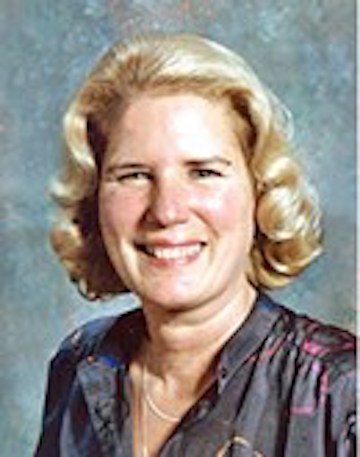 Linda Louise Meagor passed away peacefully at home January 7, 2017 at the age of 79. Linda was a native of San Francisco and the oldest of five children and at the age of 9 the young family moved to San Anselmo. As a teenager she worked at the Marin Town and Country Club in Fairfax, and was an active member of the Ross Valley Players. She attended Brookside School and graduated from Sir Francis Drake High School Class of 1955.

During high school she was very involved in school activities, a member of the honors society and was a news and feature editor for the Jolly Roger newspaper. After high school she worked for Pacific Telephone until the birth of her first son. Linda married William Richard Meagor (Rich) on March 9, 1957. They were married in San Anselmo's Montgomery Chapel. In 1968 she returned to work part-time and for the next 25 years she worked for Kaiser Permanente performing multiple jobs including many years a as a medical assistant, a job that she very much enjoyed.

Linda was past-President and life-member of the California State Firemen's Association Ladies Auxiliary and a member of the Marin County Association of Fire Departments Ladies Auxiliary, founding member of Water Skiers of Marin, and member of the First Presbyterian Church of San Anselmo. For many years Linda was active in the fire service Ladies Auxiliary and Water Skiers of Marin. She enjoyed traveling, including many trips to Mexico and Palm Springs, cooking, baking, sewing, arts and crafts of all kinds, water skiing and swimming. Most of all she enjoyed spending time with her family especially her grandchildren and hosting the many holiday parties.

​The family would like to thank her many caregivers, Dr. Prasad, Dr. Keane, Sally, Jeff, Laura, Cyle, Maureen and the many others for their kindness and compassion. The Memorial Service will be held at 1:00pm, Saturday, January 21, 2017, at Monte's Chapel of The Hills, 330 Red Hill Avenue, San Anselmo.