Guido Mariani was born to Davide and Margarita Mariani on July 11, 1910 in Kentfield, California. Both parents had immigrated from Italy. He had an older sister, Mary, and a younger brother, Dave. The family home he first remembered was down by the marsh, adjacent to what was then known as Ross Landing. Apparent the home was destroyed by fire when Guido was quite young. The details of that event are unknown but perhaps would initiate his interest in the fire service.

The Mariani family then moved to a five acre parcel in Kentfield that had two homes on it. David(e) Mariani, Guido’s father, was employed by the Kent family. As a young boy Guido attended the local school and later Tamalpais High. He remembers boarding the ”school train” in Kentfield every morning for the ride to Mill Valley.

During those early days in Kentfield one of the more popular community groups was the Kentfield Fire Department. As a young man Guido joined the Kentfield Association of Firemen and became involved in that organization. With his outgoing personality and organizational skills Guido was repeatedly elected to positions of responsibility in the Association. He served as president for several years and supported numerous KFD social activities.

Right out of high school Guido began his training as a carpenter. After his apprenticeship he gained employment with Moore and Madsen, General Contractors based in San Francisco. Except for the period of time he was the supervisor for the construction of the ski resort in Sun Valley , Idaho, Guido Mariani lived in Kentfield or Greenbrae his entire eighty years. Guido then secured a position with the State as a building inspector. He specialized in educational facilities ensuring the new buildings on the UC Berkeley campus as well as AE Kent Middle School in Kentfield were built to the required specifications.

Guido was very involved with the Carpenters Union and Local 35. He was a well-known and respected instructor of students entering the trade. He developed an evening class program to assist those students who worked during the day.

In time, Guido was appointed to the position Volunteer Assistant Chief. He regularly attended monthly meetings of the Kentfield Association of Firemen; later, the Association of “Firefighters”. He knew the Association’s bylaws , protocols and procedures better than anyone. Guido readily offered his opinions and advice during Association meetings. He saw many changes during his tenure. From improvements in training and equipment to changes in staff and personnel, he witnessed it all. He was a man of his time and simply wanted whatever was best for the members of the Association.

Guido Mariani passed away on the evening of February 8, 1991. Remarkably, his death occurred during the annual Kentfield Association of Firefighters installation of officers dinner meeting at the fire station. Guido Mariani had been a member of that organization for over fifty years.
​
Respectfully submitted by Paul D Smith, January 2021​ 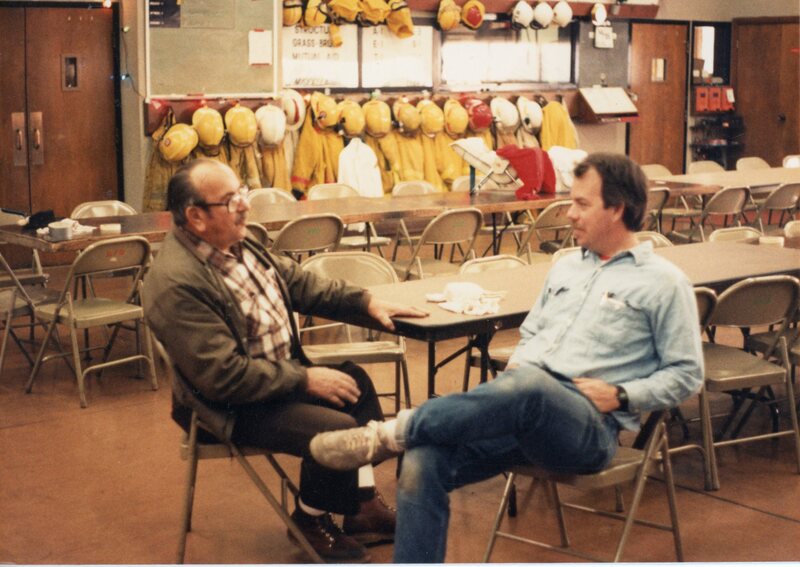 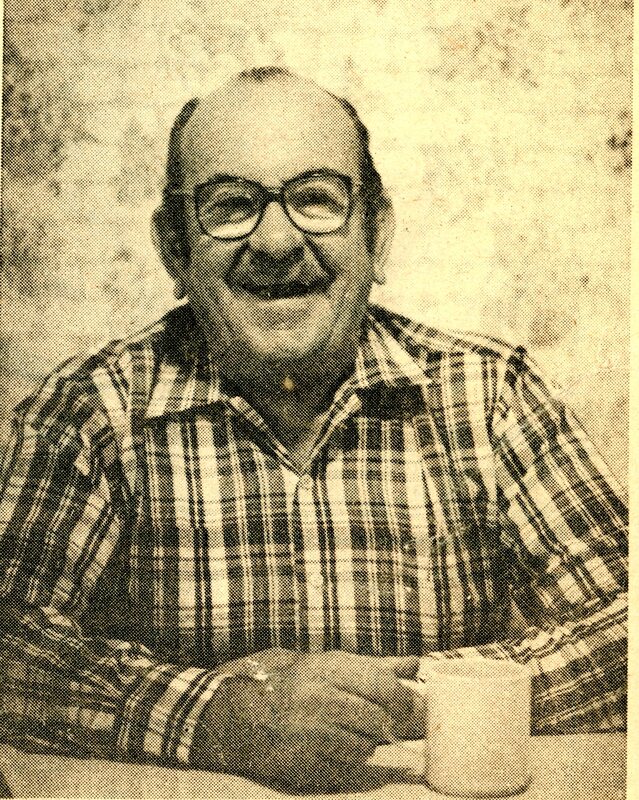 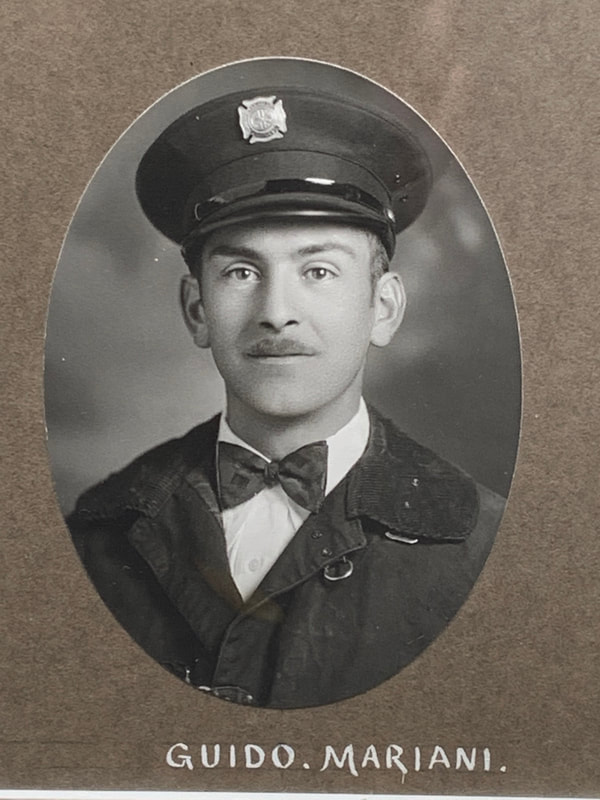 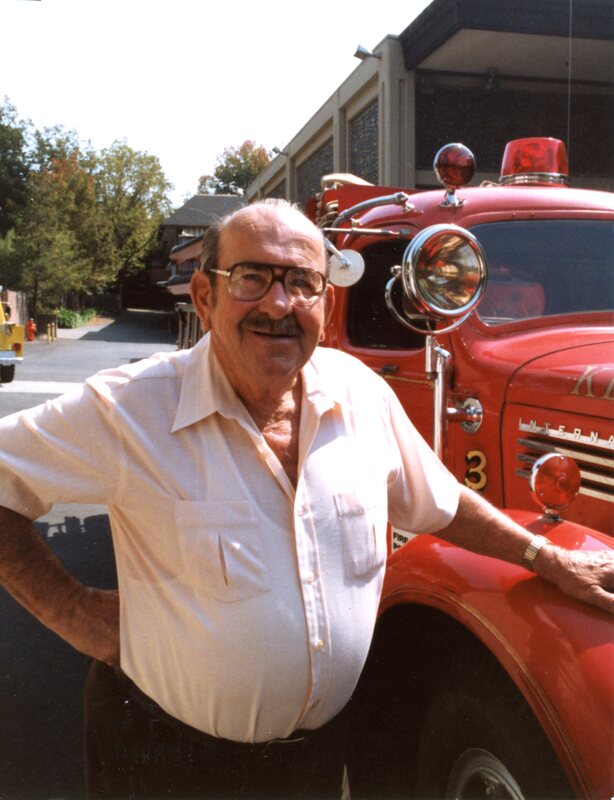 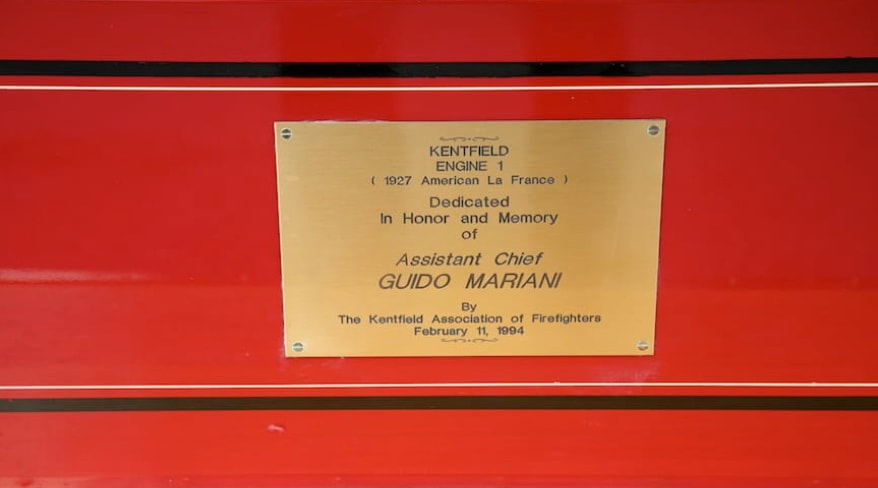